inHeritage wrote character-led interpretation at the railway’s Engine House and a restored brake van as part of their Falling Sands Viaduct project.

The aim of the project was to interpret the change the viaduct made to the railway line through the voices of five people who used it.

Severn Valley Railway provided us with a wealth of historical research produced by their volunteers, including oral history transcripts. We reviewed the material and narrowed down a long-list of characters to choose five. Some of these were named individuals, others representatives of key railway passengers that represent different periods in the line’s use, ensuring a diversity of genders and ages. 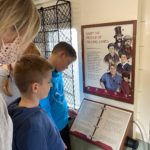 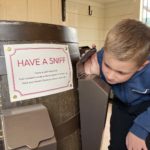 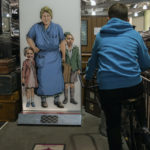 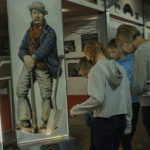 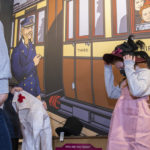 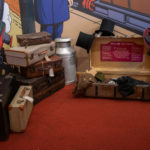 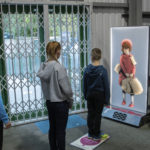 How interpretive writing was used

We created an interpretive theme to give coherence to each of the interpretive outputs and developed a why, what, when, how and who of interpretive aims. Next, we storyboarded the interpretation to create a narrative for each character, appropriate voices, stories, relevance to visitors and a physical interactive activity.

The railway’s key audiences are grandparents with pre-school and 8 – 12 year old grandchildren. They visit from the local area and the urban areas of the West Midlands. We included a range of ages and genders, including conversations within family groups to reflect intergenerational visitor conversations. We also represented characters from the local region and the West Midlands.

The character writing was used in audio scripts, graphic panel text, mock diary entries, on objects to dress the set of the brake van. In addition, we wrote welcome and introductory text as well as a panel to interpret the viaduct.