The Sheffield Blitz Memorial Trust launched their two-year project with a bang on Saturday the 12th December. inHeritage are working with the Trust and its partners to remember and interpret the Sheffield Blitz to new audiences. We will lead on oral history training and interpretation, including the creation of a permanent memorial trail of key locations in the city centre.

The moment the Blitz began 75 years ago on the 12th December 1940 was remembered when Second World War air raid sirens were sounded and two original 1940s searchlights beamed into the sky from The Moor – an area of the city centre that was virtually flattened in the attacks. Doug Lightning, Sheffield’s last surviving Second World War firefighter, led the commemoration event  inside The Moor Market. The remainder of the event included the screening of part of Shirley Temple’s ‘The Blue Bird’ – the film that was playing in the nearby Central Picture House as the area was evacuated – Keith Peter’s Big Band, the Bobby Pins and re-enactors.

inHeritage have been involved in planning the project and will lead in the development of the project’s interpretive outputs, including a permanent exhibition at the National Emergency Services Museum, a travelling exhibition and the memorial trail itself. The trail will interpret key locations connected with the Blitz in the city centre. inHeritage will also train volunteers in oral history and interpretive writing. We have also produced the project’s branding and promotional material. 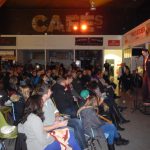 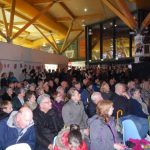 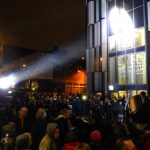 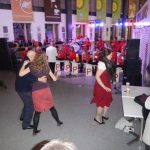 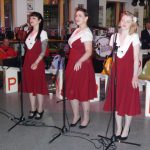 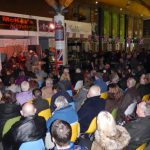 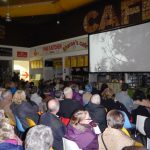 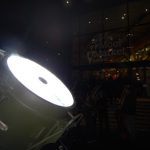 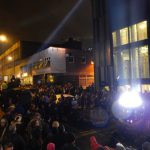 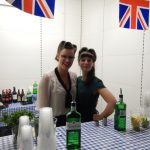 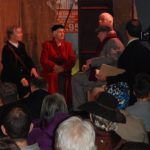 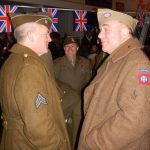 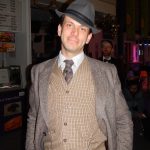 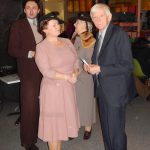 The Sheffield Blitz Memorial Trail has received £81,300 from the Heritage Lottery Fund (HLF) to commemorate the 75th anniversary of a defining moment in the city’s history. The Sheffield Blitz killed and wounded over 2,000 people in December 1940 and made nearly a tenth of the city’s population homeless. The devastating Luftwaffe attacks changed the face of Sheffield forever and flattened much of the city centre. The site of the original Marples Hotel in Fitzalan Square which was totally destroyed on December 12, 1940, will finally get a memorial befitting a war grave and be a key part of the trail. Other sites include Sheffield City Hall which still bears shrapnel scars and The Moor which was virtually flatted in the attacks.

Thanks to National Lottery players a Sheffield Blitz Memorial Trail will be created to form the centre-piece of the two-and-a-half year Heritage Lottery Funded project with up to 16 sites around the city centre ear-marked for the installation of high quality, permanent memorial plaques. The plaques will become part of the street furniture of Sheffield for generations to come and a major tourism pull. Indeed a delegation of German military were the first people to walk the proposed route just a few weeks ago.

Author Neil Anderson started the drive for more to commemorate the attacks following the publication of his ‘Sheffield’s Date With Hitler’ book about the Blitz in 2010. He teamed up with project manager Richard Godley and heritage interpreter Bill Bevan to submit the Heritage Lottery Fund bid.

Neil Anderson said: “This is absolutely fantastic news for the city of Sheffield. It will finally allow the sacrifices made by tens of thousands of people in the face of the devastating attacks to get the recognition they deserve.”

Explaining the importance of the HLF support, the Head of Heritage Lottery Fund in Yorkshire and the Humber, Fiona Spiers, said: “The Second World War changed communities forever, not just due to the loss of life felt by both the Military and civilians, but also due to the huge impact it had on our towns and cities. Communities were physically changed forever due to the devastating effects of the Blitz. This important project will document and commemorate these sacrifices, enabling communities to gain a deeper understanding of the far reaching impacts of the conflict.”

It also has the backing of Sheffield City Council, The Star, Sheffield College, The National Emergency Services Museum,  Sheffield 50 Plus, Sheffield Galleries and Museums Trust and South Yorkshire Aircraft Museum.

The Sheffield Blitz 75th project is set to last over two years and will end on the anniversary of the last German raids on Sheffield in July 1942.

About the Heritage Lottery Fund

Heritage Lottery Fund – Thanks to National Lottery players, we invest money to help people across the UK explore, enjoy and protect the heritage they care about – from the archaeology under our feet to the historic parks and buildings we love, from precious memories and collections to rare wildlife. http://www.hlf.org.uk @heritagelottery @HLFYandH
For further information, images and interviews, please contact
Neil Anderson at the Sheffield Blitz Memorial Fund on 0777 929 2212.